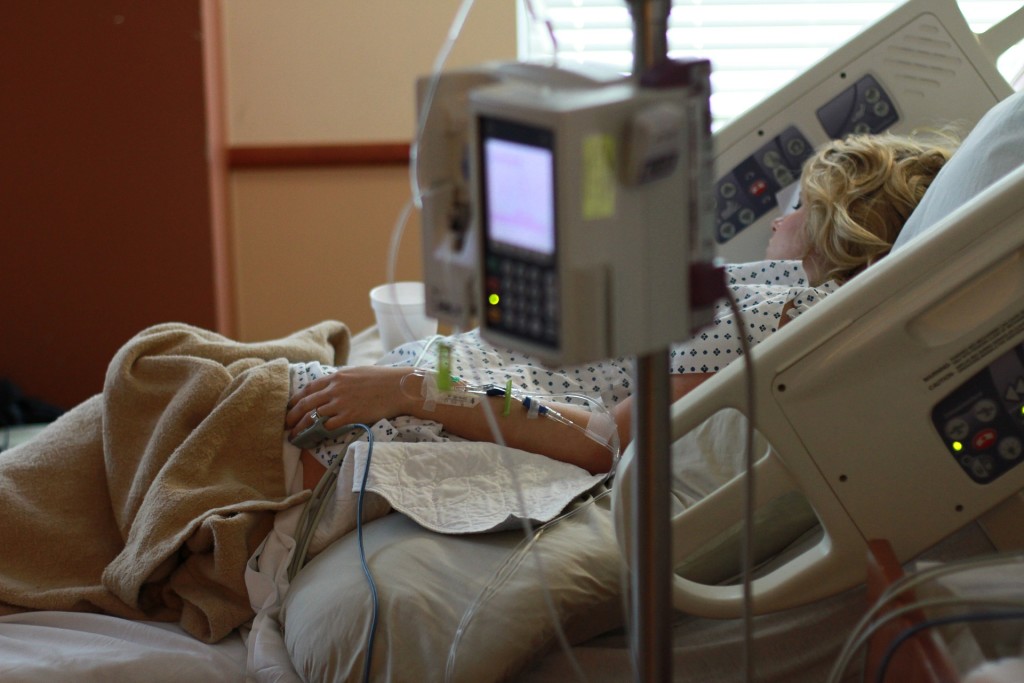 In the first week of March in 2015 Center for Moms, alongside organizations and activists from all the former republics of Yugoslavia, organized a regional action “Freedom for Birth” with a goal to draw attention to the treatment of women and their rights during childbirth, as to the importance of good communication between the medical staff and the women in labor during childbirth. With it, Center for Moms started a long journey with making maternity wards mom-friendly as an end goal.

At the very beginning of the action, Center for Moms published a research about women’s experience during labor in Serbia, which showed that the current situation in maternity wards is at a very worrisome level and that women almost have no rights or a voice during childbirth. The research caused an uproar in the public as well as in the media – almost all of the media outlets in the country covered the story.

Only 37% of women had the “privilege” to decide on the method of giving birth.

Even though the medical staff is legally obliged to inform the patient beforehand about all the positive and negative outcomes of any procedure, only 24% of the women were given that right.

Almost two-thirds of the respondents (63%) were thirsty during childbirth, and fifth of them (20%) hungry.

65% of the women weren’t included in the decision/making process during their own labor, and 63% thinks that their opinion wasn’t taken into account or respected.

73% of women had the feeling that they had no control over the events during the process of labor, and almost half of them (45%) didn’t feel protected or safe while almost the same number of women (44%) felt lonely.

The majority of women (75%) said that the medical staff assigned to them in the process of childbirth didn’t even introduce themselves by name or profession.

Besides the research, Center for Moms also organized a debate “Childbirth – Joy or Trauma?” in the Cultural Center REX, where the most important Serbian experts openly discussed the conditions in the maternity wards and the treatment of women in labor, but also talked about the possible solutions and ways of making maternity wards women’s friends, not foes.

“The Association of Midwives of Serbia”, “Mothers”, “Your Childbirth”, “Doulas of Serbia” and “Super Baby” also participated in the organization of the activities.  Regional organizations that also took part were “Roda” from Croatia, “MAGNA”, “Natural Birth” and “Center for Mother and Child – Fenix” from Bosnia and Herzegovina, “DRIP – children, parents and women in labor”and “The Experience of Childbirth” from Banjaluka in the Republic of Srpska, “Center for Integral Yoga Darma” and “New Spark” from Macedonia, and “Obstetrician Association Hisha” from Slovenia.

After completing the action, Center for Moms met with the Minister of Health Zlatibor Lončar M.D., the UNICEF Representative in the Republic of Serbia Mr. Michel Saint-Lot, as well as heads of 40 maternity wards from entire Serbia. Center for Moms presented them with the results of the research and gave recommendations about how to improve the situation.

At the meeting, we agreed that all the doctors and members of the medical staff in Serbia have to wear an identification badge, but also to intensively work on improving their communication with women in labor. Also, minister Lončar ordered all the heads of the maternity wards to hold a meeting with their colleagues where they will notify them that inhumane and rude behavior would not be tolerated anymore, and that those who continue to act in such a way will bare consequences for their actions.

What will Political Parties Do?

A year later, before another yet election in Serbia, Center for Moms asked all the political parties the following question:

„If you are elected in Parliament, what will you, as a political party fighting for the wellbeing of all the citizens of Serbia, exactly do to improve the treatment of pregnant women and women in labor in Serbia to make childbirth a dignified instead of a traumatic experience for women?”

„The fact that many parties, especially those in the leading position in the upcoming elections haven’t responded, tremendously hurts me, as a citizen who regularly pays taxes and believes in the power of the state,” said Jovana Ružičić, director of Center for Moms. “By avoiding to answer the question our organization asked, an organization which stands for tens of thousands of moms, sends a clear message just how much voters are important to them”, Jovana added.

Nevertheless, Center for Moms is still fighting this battle and won’t stop until all maternity wards in Serbia become mom friendly.